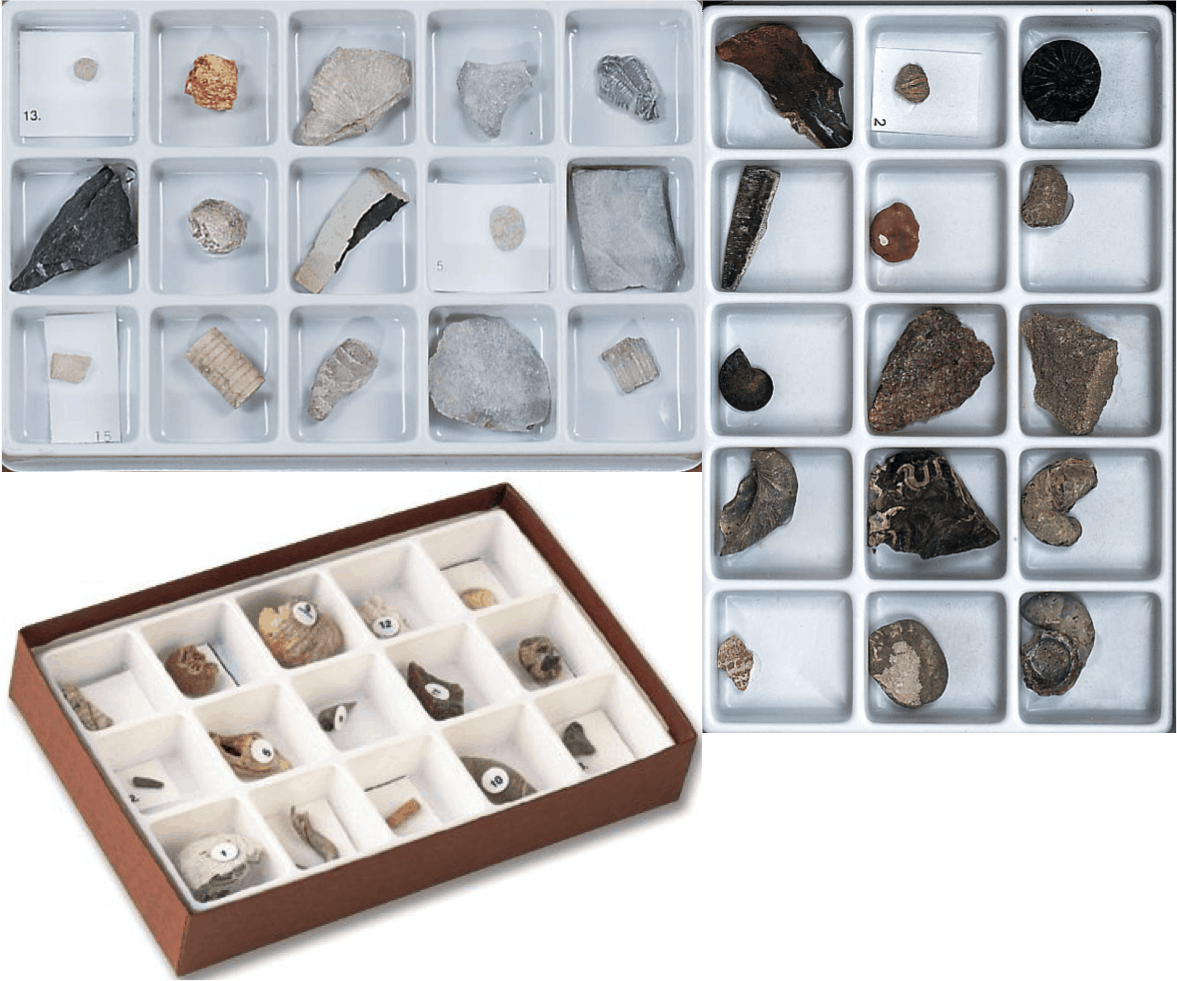 Cenozoic Fossils: Contains 15 specimens, some of which represent life-forms of 60 million years ago, but were the forerunners of many modern mammals and other life-forms. These fossils start with the Paleocene and go to the Recent.

Mesozoic Fossils: The 15 specimens represent varied life-forms which dominated this geologic era. The era is best known for the dinosaur, but also saw the development of other forms now extinct or greatly changed. Specimens represent 3 major periods: Triassic, Jurassic, and Cretaceous.

Paleozoic Fossils: The 15 specimens in this collection illustrate the animal and plant evidence found in the rock strata. The fossils of this era are among the oldest, starting with the Cambrian and progressing through the Permian.